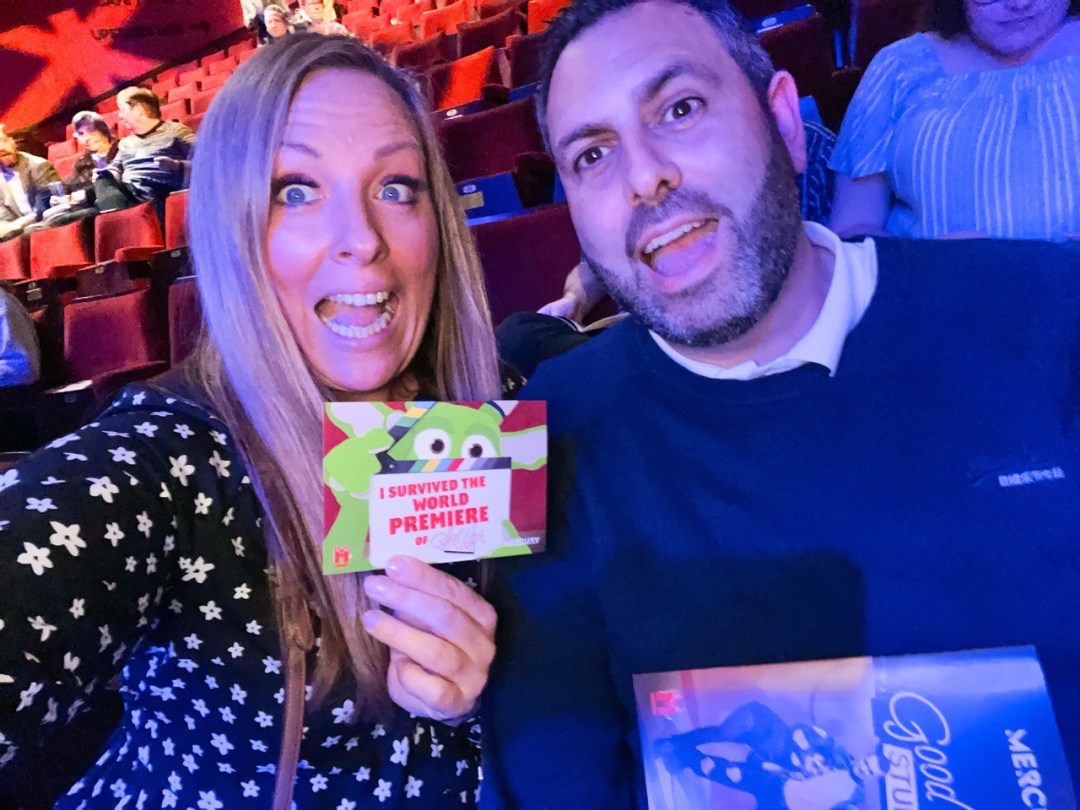 We were invited to the press night of Good Luck, Studio theatre production. Playing at Colchester’s Mercury Theatre from 7th to 15th October 2022 before moving to Salisbury Playhouse, Salisbury and then to Yvonne Arnaud Theatre in Guildford until the end of November 2022.

This dark new comedy is from the award-winning team at Mischief, responsible for the global smash hit ‘The Play That Goes Wrong’ and the BBC comedy series ‘The Goes Wrong Show’. Written by Henry Shields and directed by Henry Lewis.

To set the scene… this story begins in a recording studio filming the final hour of ‘Wibble’ the Dragon with a live audience of impatient children and an ever more irritable cast and crew. Cue a failed auditionee with a taste for revenge and the chaos ensues.

In this adult take on a kids’ TV show more than just careers will die.

Starting off on a colourful and fun set at a kid’s show, complete with a castle and characters in big bright costumes to match! We meet the main characters in the kid’s TV show; Wibble the Dragon, Princess Pineapple and King Lemon Head. Poor Toby who plays Wibble the Dragon is having a terrible time remembering his lines and his cast mates have had enough.

Elizabeth playing Princess Pineapple is already planning her next gig so just wants to get through the next hour as quickly as possible. We get some brilliant laughs from Adam Byron who plays Anthony a classical actor dressed as King Lemon Head. He bellows out his lines and retells his ‘theatrical war stories’ to anyone who will listen and is absolutely brilliant in this role gaining the majority of the laughs in the show.

The stage design of Good Luck, Studio is very clever, rotating to reveal each new set. The stage rotates to reveal the same 30 mins replayed from the perspective of the team in the gallery. Consisting of an overly critical and derogatory Director still desperately hanging on to his Bafta status some 30 years later. Andy played by Tom Walker expertly delivers some truly brilliant and cutting one liners!

We also meet socially awkward Sean and frantic Saoirse who is simply not going to let ‘one more’ incident happen on her watch in the final hour of filming. It is backstage in the gallery we are introduced to David Cooper-Brown, a failed auditionee with a grudge to bear. Equipped with his dragon suit, NOTHING is going to stop him fulfilling his ambition of playing Wibble the Dragon, nothing! We watch the pandemonium unfold with incredibly amusing consequences.

Later in the second half, the stage rotates again to reveal a new set, the First Aid Office. We meet character ‘Kevin’ the first aid guy who, trying to fill the time building his new replica plane has a bit of a nightmare with a tube of superglue and the chaos ensues. Some genuinely funny slapstick fun that had the audience belly laughing in response. All of the cast were brilliant and the audience’s reaction was proof of that.

New dark comedy ‘Good Luck, Studio’ show was filled with suspense and hilarity. It had us cackling with laughter at their crazy antics. A truly entertaining and awesome way to spend an evening, I was captivated!

This comedy is certainly aimed at an older audience 14+, there are more mature themes, loud gun shots, some fake blood, people held hostage and some bad language.

What are the age restriction? The production is recommended for 14 years plus.

When is the show running until? Good Luck, Studio show is running at Mercury Theatre in Colchester from Fri 07 Oct 2022 to Sat 15 Oct 2022. Then at Salisbury Playhouse in Salisbury from 18 October to 5 November 2022. Lastly playing at Yvonne Arnaud Theatre in Guildford from 8 to 12 November 2022.

How much are tickets? Tickets start at £12.

What is the running time? Duration is approximately 2hrs 20mins, including interval.

Why not check out some our other theatre reviews.

We were invited to the press viewing of the Good Luck, Studio. All of my comments and opinions are strictly my own.

Leave a Comment
Share:
Previous Story
Halloween Days out in Essex
Next Story
Corporate and Team Building Events in Essex 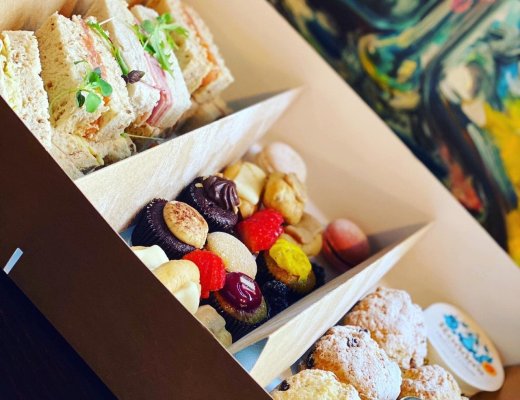 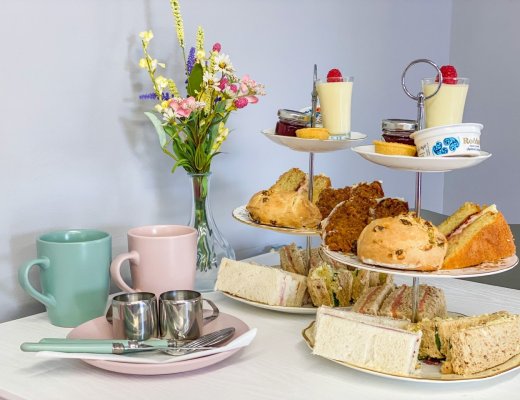 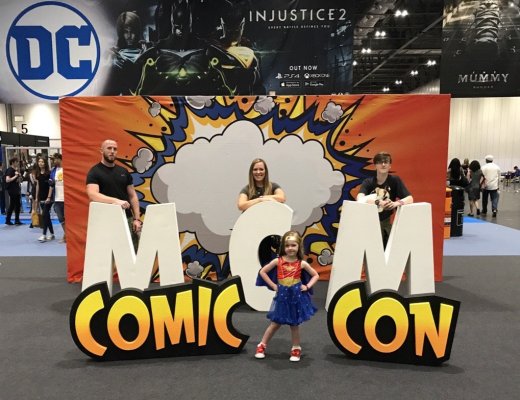 Is Comic Con for kids? A review.